What are the processes shaping tree communities?

My work seeks to understand the mechanisms that underlie population and community structure and dynamics of forests. For this, I use a combination of approaches to explore how processes, occurring at different spatial-temporal scales, interact with each other and the environment to determine the function and stability of forest ecosystems. 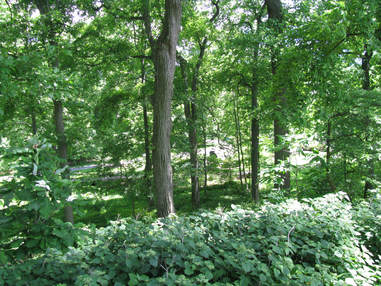 Most of my research centers on exploring the processes that drive the structure and dynamics of plant communities by modeling individual demographic rates in temperate and tropical forests. This aspect of my work has utilized plant functional trait information to investigate the critical linkages between phenotypes, demography and the environment. Plant functional traits have been used extensively over the past decade to elucidate links among phenotypes to demographic performance, with the hope that this will ultimately lead to new insights into community structure and dynamics. 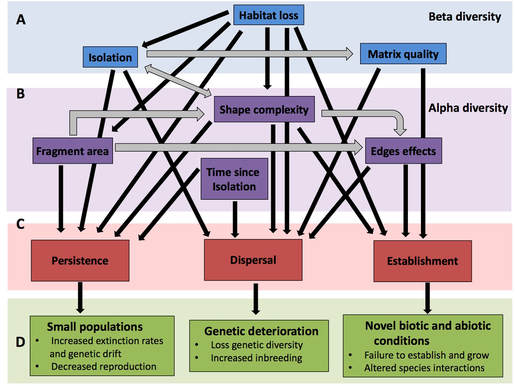 Species respond to their environments on different spatial and temporal scales, and the ecological processes that are most relevant to these responses also vary across scales. Focusing on a single scale may lead to incomplete or incorrect predictions regarding the future of our ecosystems. Thus, I am interested in using multi-scale approaches to understand the effects of local and regional processes on tree demographic as well as plant species responses to habitat fragmentation

Functional phylogenomic information and plant phylogeny have been used as an alternative or supplement to commonly used functional trait approaches allowing ecologists to assay a greater breadth of organismal function in communities. Less easily measured aspects of organismal function, such as those related to defense and drought resistance, have frequently gone unmeasured. My most recent research effort involved applying recent advances in transcriptomics and bioinformatics to explain the strength of interspecific interactions in local scale tree communities. From this work I have become particularly interested in further investigating how genetic similarity within and among species predicts the strength and outcome of species interactions in changing environments